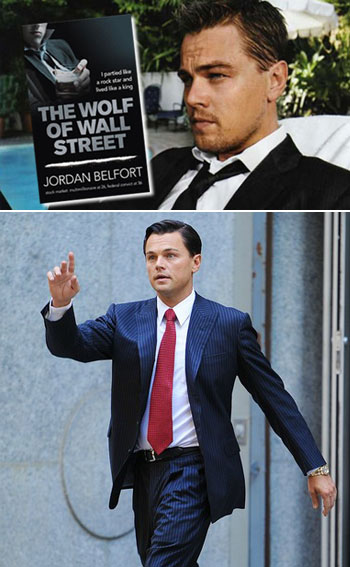 Scabal is honoured that there fabrics will be used for the film's custom made suits. One of the fabrics is 703192, a blue woolen twill made in our own huddersfield mill in based in the UK. The Wolf of Wall Street is an upcoming crime drama film directed by Martin Scorsese, based on the memoir of the same name by Jordan Belfort. The screenplay is being written by Terence Winter, and the film stars Leonardo DiCaprio as Belfort, along with other cast members including Jonah Hill, Jean Dujardin, Rob Reiner, Kyle Chandler, and Matthew McConaughey, among others. The Wolf of Wall Street will make a fifth collaboration between Scorsese and DiCaprio. The film is set to be released in 2013, and will tell the story about a New York stockbroker, played by DiCaprio, who refuses to cooperate in a large securities fraud case involving corruption on Wall Street, the corporate banking world and mob infiltration.